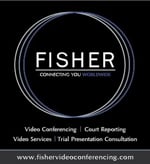 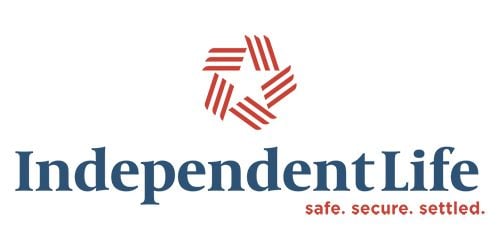 Mark Bassingthwaighte has been a Risk Manager with ALPS, an attorney’s professional liability insurance carrier since 1998. In his tenure with the company, Mr. Bassingthwaighte has conducted over 1200 law firm risk management assessment visits, presented numerous continuing legal education seminars throughout the United States, and written extensively on risk management, ethics, and technology. Mr. Bassingthwaighte is a member of the State Bar of Montana as well as the American Bar Association where he currently sits on the ABA Center for Professional Responsibility’s Conference Planning Committee. He received his J.D. from Drake University Law School.

Douglas A. Buxbaum graduated in 1980 from the University of Montana School of Law. In 1992, he established what has evolved into the plaintiff's firm of Buxbaum Daue. Prior to that, Doug was a partner at the Law Firm of Poore, Roth and Robinson. Mr. Buxbaum specializes in medical malpractice, product liability and serious personal injury cases; he has developed a subspecialty in catastrophic birth injury and neonatal issues. Buxbaum has been involved in some of Montana’s largest medical negligence and wrongful death cases. He also has extensive experience with Federal tort claims practice arising out of substandard health care to recipients of public health care. Doug is a frequent speaker and lecturer in continuing legal education. Buxbaum is listed as one of the Best Lawyers in America and is a member of the America and Montana bar associations and Montana Trial Lawyers Association. He served on MTLA's Board of Directors from 1997-2003.

Paul Collins joined the Odegaard, Kovacich, and Snipes firm in 2020 after working for twenty-seven years as a defense lawyer at large firms in New Mexico and Montana. Mr. Collins started his career and became a partner at the Rodey Law Firm in Albuquerque, NM before moving to Billings Montana in 2002 to practice as a partner with the Crowley Fleck firm. Mr. Collins has handled a wide variety of civil cases in state and federal courts, including personal injury, product liability, groundwater contamination, employment, fire and explosion, and many other sorts of matters.

Domenic A. Cossi represents people and property owners against insurance companies and corporate polluters.  He has tried and settled cases relating to car accidents, products liability, breach of contract, insurance claim denials, insurance class actions and groundwater contamination. Domenic graduated from the University of Montana School of Law in 2010 with High Honors. After law school, Domenic clerked for the Honorable N. Randy Smith of the United States Court of Appeals for the Ninth Circuit. He is licensed to practice in the state and federal courts of Montana, Ninth Circuit Court of Appeals and United States Supreme Court. He also currently serves as a Board member of MTLA and as a Montana Representative to the 9th Circuit Court of Appeals.  He is a former Board member of the American Association of Justice, President of the Gallatin Valley Bar Association and President of the Montana Chapter of the Federal Bar Association. When he is not working, Domenic enjoys spending time with his wife and children. He enjoys fishing, hunting, mountain biking and skiing.

Hon. Kathleen DeSoto was appointed magistrate judge to the U.S. District Court of Montana on August 2, 2019.  Prior to her commission she was a partner at Garlington, Lohn & Robinson PLLP in Missoula, Montana.  Before entering private practice in 2001, she clerked for Chief United States District Court Judge Jack D. Shanstrom in Billings, Montana.  She is a former Lawyer Representative to the Ninth Circuit Court of Appeals and is past-President of the Federal Bar Association for the District of Montana and Federal Practice Section of the Montana State Bar, a past-President of the Western Montana Bar Association, and a past officer with the School Law Section of the Montana State Bar.


Joel Henry is one of the few lawyers in the country with a Ph.D. in Computer Science. He utilizes his deep understanding of technology to guide start-ups and clients with respect to business formation, contracts, and intellectual property, including patents, trademarks, trade secrets, and licensing. Joel also has significant experience in the technology used by and supporting legal processes. He has been deeply involved in the use and development of electronic discovery software platforms so critical to law firms across the nation. He brings an effective solution-focused approach to complex and interdependent problems involving technology, law, and business. Joel plays a vital role across the State of Montana as a unique attorney in the technical, legal, and entrepreneurial space. Integrating the ability to understand complex technology with his law degree, Joel crafts innovative, cost effective solutions for clients who need more than a legal beagle.

Tanis Holm is an attorney at Edmiston & Colton Law Firm. Her practice focuses on aiding individuals facing injuries, car accidents, medical negligence, sexual abuse, and discrimination. Tanis has practiced law for over 13 years, 10 of which were for defense firms on behalf of insurance companies and corporations where she gained extensive knowledge on defense discovery practices. She earned an honors degree from Butler University and her law degree from the University of Montana School of Law in 2007.

Anthony Jackson is a fifth generation Montanan from Billings. Anthony graduated with honors from Montana State University - Bozeman with a degree in political science. Anthony attended the University Of Montana School Of Law where he served as the Student Bar Association President (law school student body president) his 2L and 3L years and received the Dean's Leadership Award. After graduating from law school in 2012, Anthony clerked for the Honorable Justice Brian Morris of the Montana Supreme Court. He is a partner before joining Beck, Amsden & Stalpes where he focuses on personal injury, products liability, insurance disputes, trucking collisions and other consumer protection matters. Anthony joined the firm in 2013.

Paul M. Leisher is a self-described “law nerd” and an associate at Paoli Law Firm with a practice focused on banking and insurance bad faith, §1983, False Claims Act, and products liability. After graduating from the University of Montana School of Law, Paul clerked for Justice Jim Shea of the Montana Supreme Court. He devotes his pro bono time to the Montana Innocence Project and defending debt collection cases.

James P. Molloy is MTLA's current President and a partner in Gallik, Bremer & Molloy, with offices in Bozeman and Helena. He earned his undergraduate degree with High Honors from the University of Montana, graduated summa cum laude from Notre Dame Law School in 1984 and subsequently clerked on the D.C. Circuit.  He has practiced in Oregon and Montana.  Jim had a civil litigation practice in Helena until joining the Attorney General’s office as Chief of Consumer Protection in the fall of 2009.  He then served as Senior Policy Advisor to Governor Steve Bullock from 2013 through early 2016, before re-entering private practice. Molloy previously served on MTLA's Board of Directors from 1995 until 2009.

Hon. Brian Morris was commissioned to the U.S. District Court for Montana in December 2013. Judge Morris graduated with distinction from Stanford Law School in 1992. He served as law clerk for the Honorable William H. Rehnquist at the United States Supreme Court and for the Honorable John T. Noonan, Jr., of the United States Court of Appeals for the Ninth Circuit. He worked in private practice in Bozeman from 1995 through 1999. He became the Solicitor for the Montana Department of Justice in 2001 and served as Solicitor until being elected to the Montana Supreme Court in November 2004.

Al Smith has been the Executive Director and principal lobbyist for MTLA since September 1997. Prior to his work with MTLA, he represented persons confined at the Montana State Hospital and Montana Developmental Center for 10 years, and served 2 years as the director of MAP, now Disability Rights Montana. Al is a recipient of MTLA's Public Service Award and AAJ's Partnership Award.